Plato was a Classical Greek philosopher, mathematician, student of Socrates, writer of philosophical dialogues, and founder of the Academy in Athens, the first institution of higher learning in the Western world.

Along with his mentor, Socrates, and his student, Aristotle, Plato helped to lay the foundations of Western philosophy and science.

Some of the favorite Plato quotes:


Plato says about nature of man - "Man was not made for himself alone".

Plato says about love - "Love is a serious mental disease."

Plato says about decision making - "A good decision is based on knowledge and not on numbers."

Plato says about death - "Death is not the worst that can happen to men."

The Great Orator, not

Plato has never quite understood how Obama became POTUS - apart from the fact he was a Democrat, and black and did a big line in soaring rhetoric that'd put Moses to shame - oh did did Good Teleprompter.

So how did he come up with this tripe? His speech writers need shooting, quite frankly...

"I mean, think about it, these are the folks who were behind the steering wheel and drove the car into the ditch. So we’ve had to put on our galoshes, we went down there in the mud, we’ve been pushing, we’ve been shoving. They’ve been standing back, watching, say you’re not moving fast enough, you ain’t doing it right. (Laughter.) Why are you doing it that way? You got some mud on the car. Right? (Applause.)

That’s all right. We don’t need help. We’re just going to keep on pushing. We push, we push. The thing is slipping a little bit, but we stay with it. Finally -- finally -- we get this car out of the ditch, where we’re just right there on the blacktop. We’re about to start driving forward again. They say, hold on, we want the keys back. (Laughter and applause.) You can’t have the keys back -- you don’t know how to drive. (Laughter and applause.) You don’t know how to drive.

But the fact is, most of the members of the other party voted no on each and every one of these initiatives. No on tax cuts to small businesses. No to clean energy jobs. No to the railroad and highway projects."

Richard Dawkins would be weeping at this point...

Cheap house even if you don't need it? Eh?

Sometimes Plato really does wonder at the 'entitlement society' we seem to have drifted into over the last 40 yrs.

Since when is it okay for your circumstances to be pressing enough for you to benefit from taxpayer largesse and live somewhere you couldn't afford in a month of Sundays - and when you can, you can squat there until you drop dead/then bequeath it to your other half or kids irrespective of your wealth?

Yet Simon 'I have lots of council estates in my constituency' Hughes in up in arms about it - and ticking off the Prime Minister for daring to talk about it because 'it wasn't discussed by the Coalition'.


Who the fuck does he think he is? Plato was surprised at his willingness to bat for the Coalition after the GE, but frankly he's going native again and being very silly.

When you begin to consider the importance of having life insurance, you soon realize that it is an essential tool for protecting your loved ones. Of course, life insurance prices and policies can vary quite widely, so it is important that you search for some life insurance quotes and do some comparisons prior to your purchase.

Your life insurance quotes can differ quite a bit depending upon your selected policy maximum. Only you can be sure how much life insurance to purchase, but it is important that you have a policy large enough that you are certain your family would be cared for in the event of your unfortunate death.

Well I certainly am considering the number of mozzy bites I've accrued in the last week - I think it's about 20 and counting :-(

The little buggers have nibbled away at any exposed bit of flesh - my love handles, ankles, forehead and yesterday even the hole in the knee of my jeans FFS.  Three of them are now itching like hell despite being smothered in anti-wotsit cream.

I even had to hide under the bed clothes last night and sweltered as another evil insect buzzed about my bedroom going zmzmzzzmmzmzmzmzmmzmzmzmz.

I always thought my kitties would eat these obnoxious insects, yet sadly no - they just snooze on the bed like unwelcome hot-water bottles on a warm night.

I used to love warm sunny weather - now I'm turning into a grumpy after weeks of hot, humid and fly ridden weather... still at least I'm not spending anything on electricity or oil!

*goes off to medicine cabinet for more anti-wotsit cream*

Plato's Mum and Dad brought a zither home from one of their many foreign trips in the 70s - as well as a guitar made from a tortoise... and a lot of questionable African 'tribal' art that seemed over-represented with Easter Island style statues with enormous breasts [perhaps Dr Pachauri would be interested...]

The penny has dropped

The BBC have just published details of a poll conducted by Populus that shows a big drop in belief in AGW - here's the polling data
And here's an excerpt from their report:
"'Exaggerated risks'
Of the 75% of respondents who agreed that climate change was happening, one-in-three people felt that the potential consequences of living in a warming world had been exaggerated, up from one-in-five people in November.

The number of people who felt the risks of climate change had been understated dropped from 38% in November to 25% in the latest poll.

During the intervening period between the two polls, there was a series of high profile climate-related stories, some of which made grim reading for climate scientists and policymakers.

In November, the contents of emails stolen from a leading climate science unit led to accusations that a number of researchers had manipulated data.

And in January, the Intergovernmental Panel on Climate Change (IPCC) admitted that it had made a mistake in asserting that Himalayan glaciers could disappear by 2035.

All of this happened against the backdrop of many parts of the northern hemisphere being gripped by a prolonged period of sub-zero temperatures.

However, 73% of the people who said that they were aware of the "science flaws" stories stated that the media coverage had not changed their views about the risks of climate change.

"People tend to make judgements over time based on a whole range of different sources," Mr Simmonds explained.

He added that it was very unusual for single events to have a dramatic impact on public opinion.

"Normally, people make their minds up over a longer period and are influenced by all the voices they hear, what they read and what people they know are talking about."

So - media coverage is helping, but word of mouth is making a big difference too [I know from my own friends what impact a few simple facts can have]. Opinion has shifted massively away from AGW... great news - the door is unlocked, all we have to do now is push it wide open.

BNP - what Labour has to be afraid of

There are times when Plato trips over something and it makes her stop and think.

As a common or garden goat, I have no strong ideological views as far as politics is concerned. I've voted for cranks, loonies and the usual suspects. But I've never voted for the BNP or similar organisations such as the National Front.

I've always associated them with 80s skin-heads sporting spider web tattoos on their scalp and a Union Jack on each cheek.

And I'm not kidding.

As a 'hippy' living in Newcastle in the mid 80s, our regular meeting place was the lovely Victorian


It was full of shops selling: 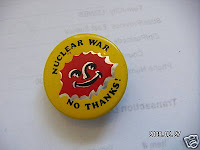 - and Nuclear War No Thanks badges.

Clearly Geordie skin-heads were too stupid to ever end up on YouTube, so please accept this screen grab instead. The sound quality is so crap that he could be talking Urdu - but I suspect that's fairly unlikely. 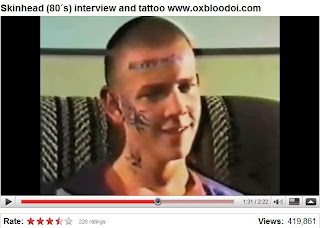 Now where was I?

Oh yes, there was always a chubby plod there with an Alsatian...


We were regularly told to stop patting Killer or spoiling him with dog toys and biscuits as one day he may need to intervene in a bitch fight between two teenagers wearing far too much black eyeliner - note this could be boys or girls :)

Every few Saturdays, there would be dark rumours of a 'skin-raid' and we'd all lurk close to shop doorways in case it happened.

For those who haven't experienced 50 negative IQ National Front morons crashing a very small shopping mall, grabbing the slowest and kicking the shit out of them - well you missed a character-forming experience.

The plodster and Killer would scarper pronto. The skins would get a result and we'd all cower behind the Peter Frampton posters. I don't recall anyone ever being prosecuted for any of this stuff and it was ugly.

I'm just an ordinary goat that bleats about the lack of local bus services and the proliferation of CCTV to make up for it.

Having viewed this video - I can now see why a chunk of Labour's core old vote - white, working class and proud of it - are putting their X in the BNP box.

There was a truism that when Tony stole Margaret's wardrobe - Labour's core vote had no where else to go but shopping with him. That is no longer true. Mr Griffin may not be my cup of tea, but then neither is Mr Kilroy-Silk.

I've never really given much ear-time to those who have talked about the BNP as a significant vote splitter outside Dagenham, but I've changed my mind. From what I recall, UKIP were considered Jimmy Goldsmith's joke until the pissed off Tory used them as a protest vehicle (as I did).

I suspect the BNP will do the same for Labour - and it will look a whole lot nastier. UKIP were uber Euro haters and generally seen as harmless if deranged.

The BNP on the other-hand has a load of unsavoury baggage that still taints all that vote for it.

But things have changed, and that baggage is being set aside by those who are voting for it in greater than ever numbers.

We used to talk about 'shy Tories' - I struggle to think of a suitable adjective to describe a BNP supporter in opinion pollster speak.

The latest Ipsos MORI poll has the BNP on 2% of the vote - the Greenies by comparison are on 1% - a rather surprising result given the acres of coverage of green issues/climate change/renewable energy/recycling/light-bulb replacement over the last few months.

Now 2% may sound like very small potatoes - so here is something by way of context...

The Lib Dems are on 14%. So for every proud 7 Lib Dem voter - there's a BNPer who's happy to come out. A 'shy Tory' has nothing on this.
I wonder what will happen at the ballot box in June? 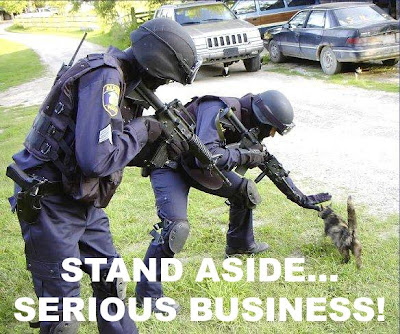 Campaign for an English Parliament

Who is Plato anyway?

Plato
is the Supreme Goat, of Capricornia
I'm an Angoran with attitude - don't mistake me for a sheep.

And for those who seek to compare my bleating to a Grecian philosopher - don't be a wanker - I am a goat.